What is a villa?

Dating back to ancient Rome, a villa was originally a country estate made up of a freestanding house set amid grounds used for agricultural purposes. Some of Rome’s most elite citizens also had villas for use as suburban summer houses. Today, the Italian countryside is dotted with the ruins of ancient long-abandoned villas but the term has taken on popularity worldwide, used in different countries to refer to different types of residential properties, from small detached or semi-detached suburban homes in Britain, to luxurious suburban, seaside or countryside residences in the U.S.

Frequently asymmetrical in design, historic villas were often built on hillsides with long colonnades, towers, landscaped gardens with reflective pools and fountains and terracing that helped to unite the villa and its grounds with the natural landscape. 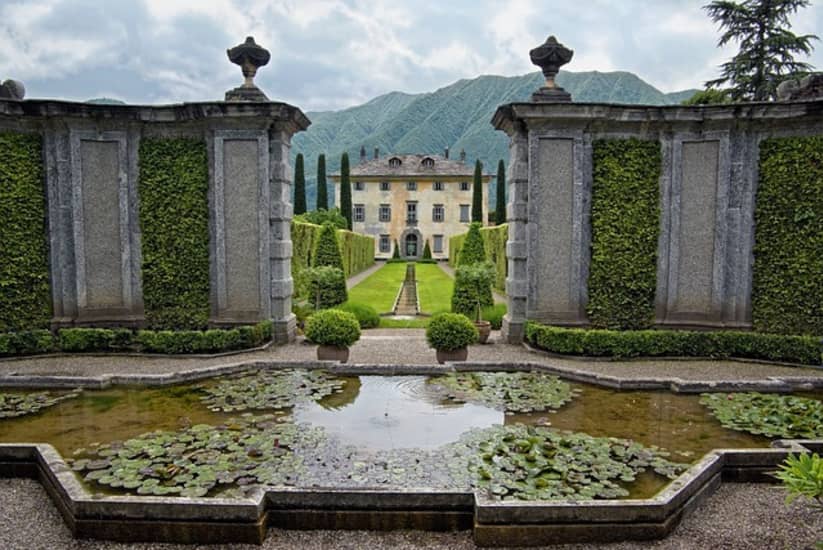 Many villas were abandoned during the Middle Ages and later transformed into castles or monasteries but a resurgence of popularity in the Renaissance period saw a renewed interest in country living. New villas, loosely modeled on their millennium-old antecedents, proliferated across Italy. Renaissance architects tended more toward symmetrical designs and the villas were often more compact, though they retained elaborate decorative gardens with dramatic water displays and statuary.

By the mid-17th century, the villa had begun to spread outside Italy, becoming the basis for country houses in the U.S. and Western Europe, characterized by flat roofs, wide eaves, square towers and colonnaded piazzas. By the 19th century, traditional Italian villa architecture had taken on local elements in countries around the world. In modern usage, the term “villa” encompasses a wide range of property types and is often used to refer to any large suburban, rural or seaside house with a garden.

Modern interpretations of the villa

The villa has captured the imagination of architects for over 2,000 years and many prestigious modern and contemporary architects have created their own interpretations of the classic Roman villa in countries around the world, including Le Corbusier, Richard Neutra, Ludwig Mies van der Rohe, Vertner Tandy and Frank Lloyd Wright.

The term “villa” is often associated with spacious vacation homes and luxury resort market properties, but it is used widely and denotes different types of properties around the world.