What is a Victorian-style home?

The Victorian style originated in Great Britain during Queen Victoria’s reign from 1837 to 1901. The design movement followed, as it was customary in the U.K. to name an architectural style after the reigning monarch. Victorian-style homes were prevalent in the U.S. from about 1840 through 1920, with the bulk of structures built between 1860 and 1900. This lingering architectural period was also influenced by the industrial revolution––the time in Europe and the U.S. when agriculture and handicrafts transitioned to machine manufacturing.

An array of overlapping revival styles embody many houses constructed during the Victorian period. Frequently, Victorians are recognized for their verticality, elaborate details, a medley of materials and often multicolored facades. Layouts may be square and straightforward or complex, such as L-shaped, and include many rooms; numerous fireplaces and beautiful millwork are the norms. 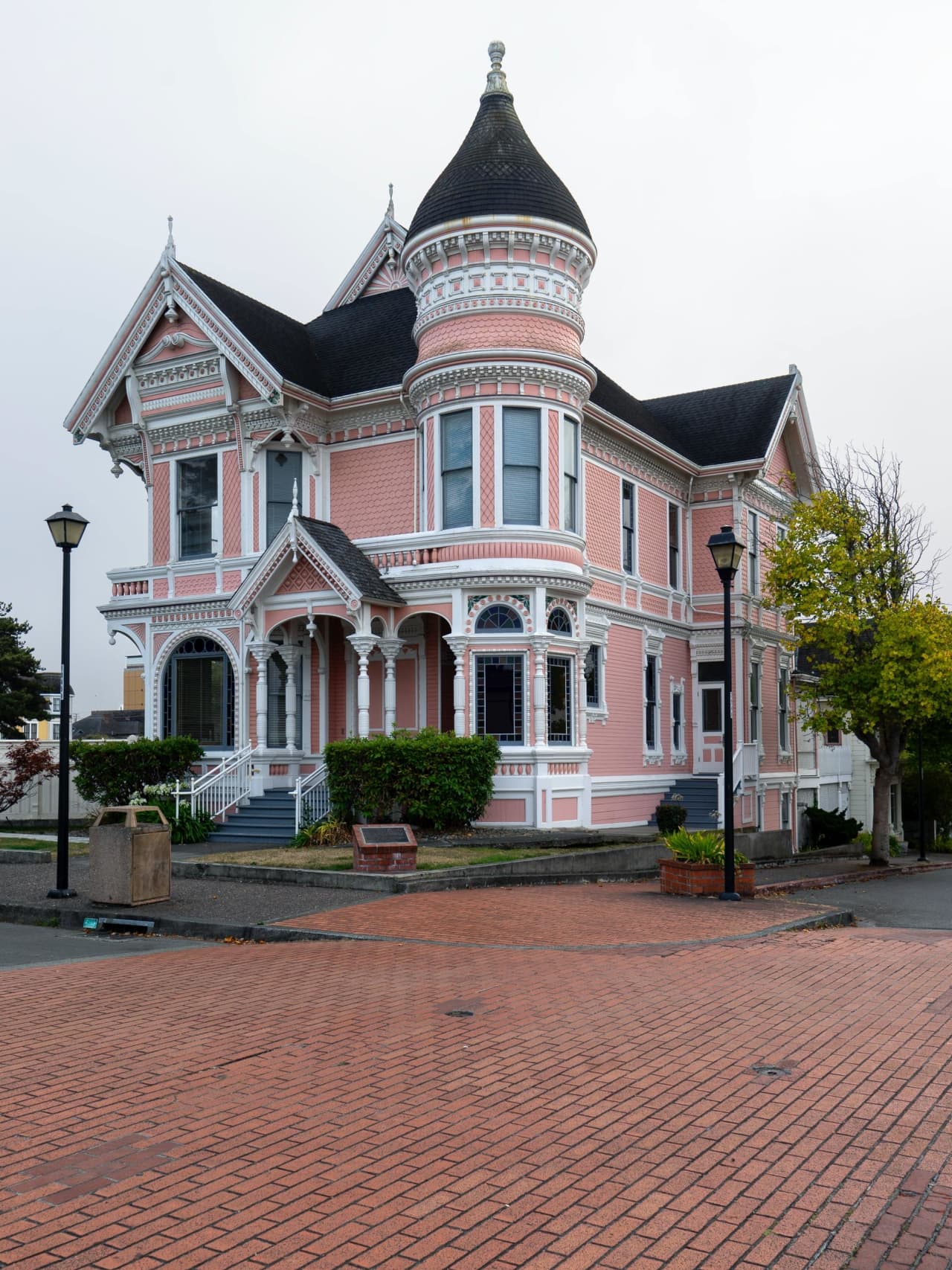 Generally, architects imagined and produced the sprawling mansions that we envision as a Victorian house. They intended for the wealthy to live in these extravagant homes, and they designed the structures to impress. Elegant townhouses and more modest bungalows, some of which carpenters fabricated, were built during the Victorian period as well.

Several architectural subcategories fall under the umbrella of Victorian. While characteristics such as asymmetrical design, gabled roofs, decorative trim, towers, turrets, large windows, bay windows, stained and leaded glass windows, and front porches are widespread, each substyle has distinctive elements. And although some Victorian homes can fit neatly into one subcategory, others could be an amalgamation of several.

Taking its cues from the Gothic period during the Middle Ages, the Gothic Revival home showcases cross-gabled, steeply pitched roofs, board and batten siding, elaborate vergeboard, tall chimneys, multiple porches and intricate detailing, including wooden scrollwork, gingerbread, trefoils and quatrefoils. The Gothic (or pointed) arch is a signature element in this substyle and usually applies to windows, doors, dormers, porches and roof gables. Windows may be casement with diamond-shaped panes or capped with hood moldings. Due to their scale, many Gothic Revival houses are located in rural areas.

Spurred by magnificent 16th-century Italian villas, this style rose to prominence in the mid-19th century. These boxy two- or three-story homes are characterized by tall, thin windows (often arched), low pitched roofs, wide overhanging eaves, decorative brackets beneath elaborate cornices, towers or cupolas and wraparound porches with slender Italianate columns. While Italian-style storefronts pepper many of America’s main streets––particularly in the Northeast––homes built in this style dominated both cities and rural areas.

Much of this architectural style, which originated in France, resembles the Italianate. However, Second Empire homes will likely feature a mansard roof (also called a curb roof or French roof): a four-sided gambrel roof with two slopes on every side, with the lower side steeper than the upper. A wide front porch, side veranda, balcony with a wrought-iron railing, balustrades and diamond-shaped dormers are some of the primary features of this subcategory.

When we picture a Victorian house, Queen Anne may come to mind. Conceived in England by architect Richard Norman Shaw, Queen Anne-style houses rose in popularity between 1880 and 1910. Consistently delicate and feminine, the Queen Anne home usually features two or three stories, three or more paint colors, gingerbread detailing, steep roofs with intersecting gables, dormers, a wraparound first-floor porch, second-floor porch or balcony and towers or turrets. Mixed materials such as wood, brick, stone and sometimes stucco are customary. The Queen Anne cottage is a pared-down version of the classic Queen Anne. These one-floor structures usually feature a square footprint and lack a central hallway.

Consisting of eight sides, the Octagon style is a less familiar subcategory of the Victorian-style house and distinguished by its domed shape, wide eaves, low-pitched roofline and bright, open spaces. The porch is one of its primary features as it encircles the perimeter. A cupola rising above the home is often a design focal point. Octagon houses offer additional square footage, more light than four-sided structures and are easier to heat and cool.

Acclaimed North American architect Henry Hobson Richardson imagined this rugged style. Also referred to as Romanesque Revival, these houses were usually built entirely of masonry––often a combination of stone and brick or brownstone with granite. Details range from arched openings and porte de cochères to arcaded windows, archivolts of compound arches and towers or turrets with cone-shaped roofs. Corbels at cornices, carved figures and stained glass are also dominant.

Asymmetry, wood cladding, gambrel roofs, large windows, towers and wide, inviting porches comprise the Shingle style. Often set on stone foundations, these homes are wrapped almost entirely in cedar shingles, which could be stained, painted or left raw to weather naturally, turning the wood a grayish color. Though this subcategory is mainly American, it borrows details from Queen Anne and Richardsonian Romanesque. Many shingle homes are located in coastal communities in the Northeast, including Cape Cod, Massachusetts; Newport, Rhode Island; and the Hamptons in Long Island, New York.

More straightforward in design, Folk Victorians aren’t as embellished as some of the other subcategories. Because this style lacks most of the fancy details associated with Queen Anne and Italianate, it was more affordable to build. Folk Victorian houses promised a fashionable home for the lower middle class, too. These homes are often smaller than their Victorian siblings (though not always) and have a straightforward floor plan. They are most likely symmetrical with overhanging eaves and brackets, as well as spindle porch posts and sometimes lacelike spandrels and jigsaw-cut balustrades to dress up an otherwise unfussy facade.