What is solar energy?

Solar energy is the power generated from sunlight, a sustainable resource that’s taking on added importance and that’s gaining popularity during climate change and global warming.

Using a variety of technologies, solar energy, which is also referred to as solar power, can be harnessed to convert the sun’s rays and heat into power sources for private residences and  commercial buildings. 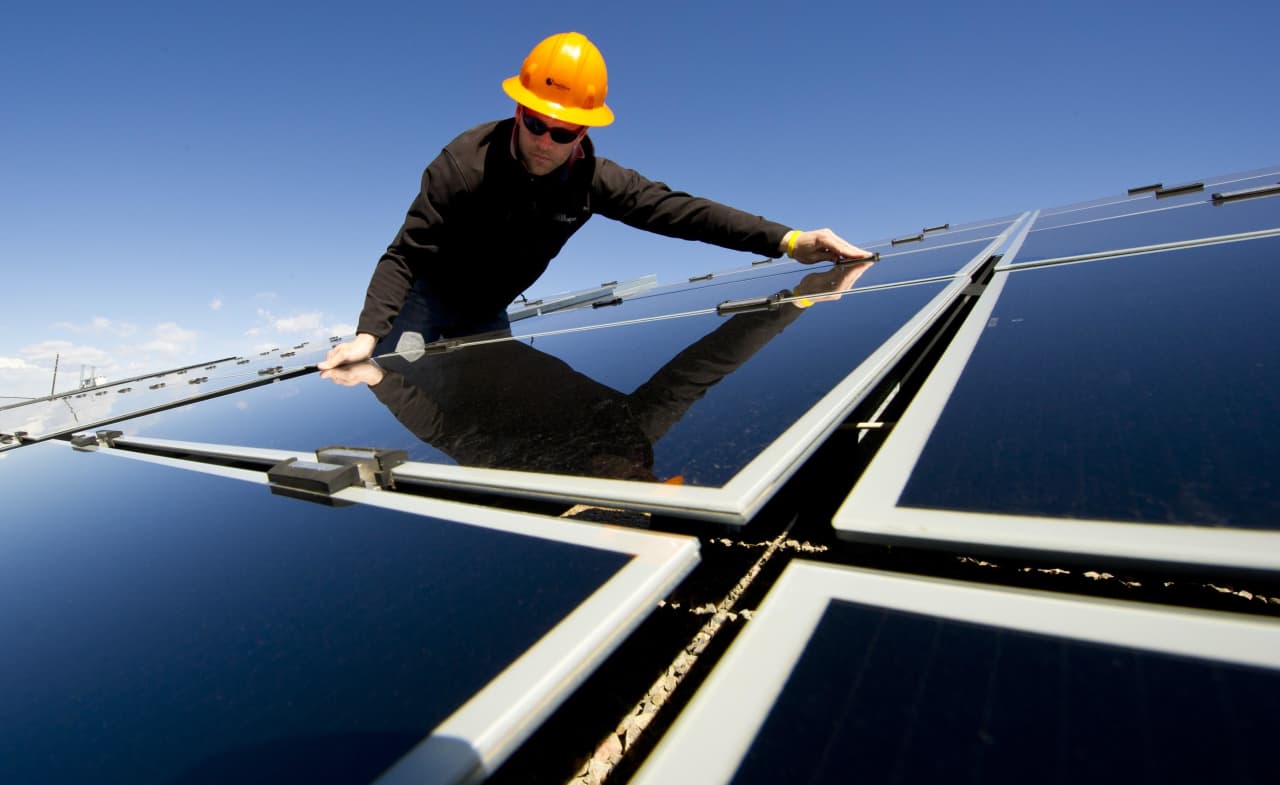 It is generated during peak demand periods, but it also can be stored for use at night or during the winter, when the sun’s not shining and temperatures are lower.

There are several types of solar technologies:

most people think of when they hear the term solar energy.

They have three main components: solar panels that absorb the sun’s energy; a solar inverter that converts the DC, or direct current, to AC, or alternative current, which is the electrical format that powers lights, television sets, refrigerators and other appliances; and racking, the infrastructure where the system is set up.

There are a couple of styles of inverters. In the micro system, each panel is connected to its own inverter, and in the string system, groups of panels are wired together, and the last panel in the so-called string plugs into the inverter.

Power optimizers are another optional feature of solar power systems that were developed to compensate for overcast, shady days. They allow the system to control each panel separately so if one panel doesn’t produce enough energy, it doesn’t affect the others in the string.

Regardless of the system, there must be a way of storing the energy produced by the panels.

There are two main ways to do this. The energy can be fed into the main power grid for later use, a setup that allows the utility to give the customer credit for the power generated. The credits can be used to get power from the grid at night or during high-peak energy-use times. This power-credit arrangement, which is different with every utility company, is called net metering policy.

There are three types of batteries: flooded lead-acid (FLA); sealed lead-acid (SLA) and lithium ion. FLAs, which have been in use for over a century, must be refilled with distilled water every month. SLAs are basically maintenance-free. And lithium ion batteries, the most expensive, require no care and last two to three times as long as FLAs and SLAs.

A third option, a hybrid, connects to the utility’s electrical grid but also features batteries. It provides backup power in outages and also stores energy that can be used later or even sold.

There are several advantages to converting to solar power. The energy is renewable—unlike fossil fuels such as oil, it’s an infinite resource that never depletes. It can lower electric bills significantly or even eliminate them. It provides a viable power source in locations where it’s too expensive or technologically impossible to run power lines to the house. And it improves property values—studies have shown the solar-powered homes command higher prices than their conventionally powered counterparts. There are also tax benefits (more on that below).

This doesn’t mean that solar power is appropriate for every property or even the best choice for every homeowner. There’s a high upfront cost. Although prices have come down dramatically in the past decade, setting up a system can still hit five figures. And it takes several years for the system to pay for itself.

The system’s effectiveness is, of course, dependent on the weather, but solar panel installations work even in very shady spots. Gray days, shade and other obstacles can reduce the panel’s output. And if the system is not installed on the roof, it can take up considerable space on the property as solar panels typically are about three feet wide and five to 6.5 feet tall; several panels generally are needed.

Storage, which is essential, also is costly: Batteries are the most expensive components of the system.

The way solar panels work is quite simple. The solar cells, which are six-inch squares faced with electrical contact plates, are made of silicon, a chemical element with conductive properties whose main use is in making alloys. When silicon is exposed to light, its electrical characteristics change, and it generates electric current.

Grids of these solar cells are set on a protective back sheet that’s covered with glass to form panels. They are made in 60-cell or 72-cell configurations, measuring 39 inches by 65 inches and 39 inches by 77 inches, respectively.

There are two types of solar panels on the market. The monocrystalline or mono solar cells are made from one source of silicon. Polycrystalline or poly solar cells, which are a little less efficient, are made up of pieces of silicon that are blended into one cell.

Several new technologies, including thin film and bifacial panels, are being developed and may represent the next generation of choices.

The size of the solar energy system needed depends on energy use. Online solar calculators take the kilowatt hours recorded on utility bills and provide solutions for grid-tie systems.

The U.S. government and some state and local governments offer incentives for those who convert to solar energy systems. Under the investment tax credit, which is also called the federal solar tax credit, taxpayers can deduct up to 26% of the cost and installation of a commercial or residential solar energy system from federal taxes. There’s no cap on the dollar amount.

Those who choose personal loans, which generally offer the lowest interest rates of the three options, own their systems and are eligible to claim the federal tax credit.

Under solar leases and power purchasing agreements, the installer owns the system and is eligible for the federal tax credit.

With solar leases, the installer charges a monthly fee that covers unlimited usage, and with power purchasing agreements, the homeowner pays a flat rate for the power used.

Although solar panels do not have moving parts, they do require a bit of maintenance: Dust, snow and debris must be removed so access to the sun is not blocked.

The photovoltaic technology, which is being used today to convert sunlight to electricity, was discovered in 1839 by the French physicist Alexandre-Edmond Becquerel. The first solar device to produce a significant amount of energy was introduced in 1954 by Bell Labs in the U.S. Only four years later, solar cells were powering small-scale projects.

Solar power became a major interest during the 1970s energy crisis, but it never gained prominence because of its high cost. By the beginning of the 21st century, prices had decreased significantly enough to make it an increasingly popular option for homes and businesses.