A ranch is a single-story house distinguished by a low-profile design, wide-open layout, and an asymmetrical facade while accenting the relationship between indoor and outdoor living. Ranches, also known as ranchers and ramblers (rooms in ranch homes tend to ramble on), were inspired by casual homes on Western ranches.

Most houses in this style range from approximately 1,100 to 1,500 square feet and likely feature three or four bedrooms and one, one and a half, or two baths. Many ranches are one-room deep, while others are two rooms deep and four rooms wide. They can be brick, wood, stone or stucco. Some are built on a concrete slab, and others come with finished basements.

Considered the father of the ranch, Mid-Century Modern architect Cliff May designed and built the first of its kind in San Diego, California, in 1932, and he went on to produce a stockpile of these homes in the state. In implementing the design, he meant for homeowners to appreciate the sun and warm breezes typical of California. May took his cue from 19th-century Californians (Mexicans), whose lifestyle revolved around family. Their low-slung haciendas (or ranchos) played a vital role in the creation of the California ranch. 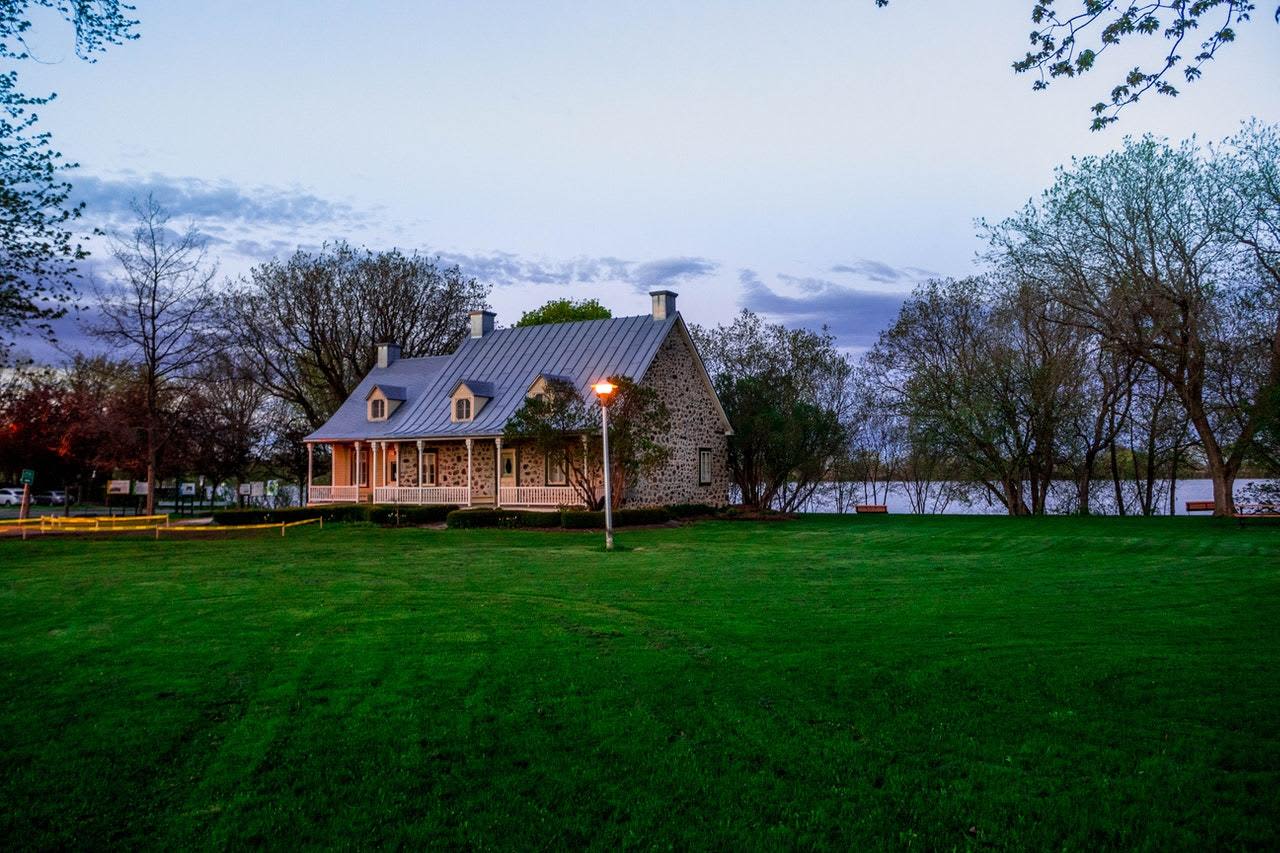 Connecting the interior to the exterior was Cliff May’s motivation in designing the ranch. Photo: Pixabay

May’s Mid-Century Modern structure catapulted to popularity in the 1940s and ’50s due to the baby boom post-World War II. During this time, ranches began to dot many towns throughout Southern California. The style eventually spread across the U.S. because the layout was appealing for families and easy to build. By the 1970s, popularity faded with fewer ranches under construction, but countless houses built in this style are still scattered across the U.S.

Characteristics of the Ranch

Variations of the Ranch

Like other house styles in the U.S., the ranch is eclectic. Construction, architectural elements and materials can vary from house to house. It’s not uncommon for the ranch’s predecessor: the bungalow, to influence its design. Here are four variations of the California ranch.