What is geothermal energy?

Geothermal energy is a process of generating heat from below the Earth’s surface using steam or water as a vehicle for the energy. This form of energy is commonly used for heat, but it can also be utilized to create cool air as well as clean electricity.

More than 20 countries use geothermal energy in some way, with the U.S. being the biggest worldwide producer. The largest geothermal field is located in California. Some countries such as New Zealand, the Philippines and Iceland rely on geothermal energy to generate the majority of their electricity. This type of electricity is beneficial because it can supply high-capacity needs reliably and isn’t weather dependent.

Geothermal energy was first used in Italy in 1904. Since then, related technology and usage has grown exponentially, especially within the past 10 years, according to the International Renewable Energy Agency. 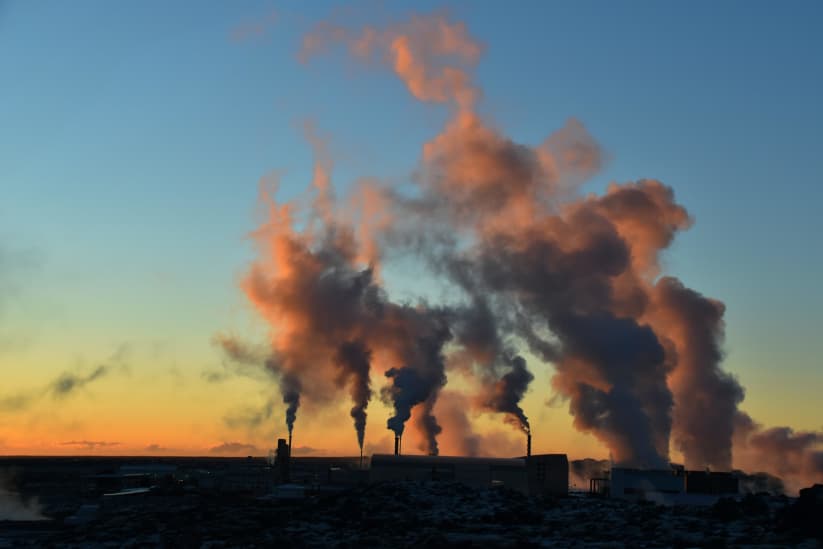 Geothermal energy is the process of generating heat from below the Earth's surface using steam or water as the vehicle for the energy. Credit: Sam Bark/Unsplash

Homeowners can now opt to install a geothermal heating pump (GHP) in their residence in order to access this eco-friendly option to keep their home warm in the winter and cool in the summer.

GHPs do not require oil or gas, just a small amount of electricity and water, so they stand to save homeowners a lot of money in utilities while maintaining comfortable indoor temperatures year round. The cost to purchase and install a GHP system in a residential home can be quite expensive. Prices range from $12,000 to $30,000 to purchase the system and complete the installation. GHPs can be installed in almost any climate; however, the system is harder to install in hard rock as well as shallow soil. The greater the water saturation in the ground surrounding a home, the easier the system is to install.

Both local and federal governments are now offering incentives such as tax deductions to individuals and businesses who opt to use the environmentally friendly geothermal energy if their pump meets Energy Star efficiency standards. Special financing is also available for individuals to pay for the HVAC upgrade. Energy-efficient mortgage loans are even offered by certain banks willing to help finance the cost of a GHP installation.

Many homeowners find that utility bills for heat and air conditioning are reduced by 30% to 70% due to a GHP. The pump can also serve as the home’s hot-water heater, which often cuts water heating bills by 50%, leading to long-term savings. The pump is quiet and does not require any fans or outdoor compressors. The cost, after initial installation, is very low to operate and the system is very reliable, so maintenance costs tend to be low.

The GHP offers great benefits for the environmentally conscious as they do not create any carbon emissions. Utilizing a GHP cuts greenhouse gas emissions as much as taking two vehicles off the road would. GHPs are also two times more efficient than a high-end air conditioner.

There are a variety of geothermal systems used to heat a home, although the closed-loop system is considered by some to be the safest and most energy-efficient option. The pipes for closed-loop systems are contained within the single property and are not connected to a larger infrastructure of pipes. These systems are considered safer than traditional heating options as there is no risk of carbon monoxide poisoning or explosion. Although geothermal energy produces low amounts of carbon dioxide, it does emit hydrogen sulfide and sulfur dioxide.