Flipping is a real estate transaction in which a property is purchased for a short period of time (usually a year or less) with the express purpose of reselling for a profit. After identifying a house that has intrinsic value but needs improvements, investors will purchase the residence and then pay for its renovation and repairs before placing it back on the market, usually within a year’s time frame or less.

The degree of improvements can range from cosmetic changes to a structural overhaul, or sometimes both. Some houses only need to be cleaned and given a new coat of paint before putting up for sale, while others might require extensive upgrades or even replacements of appliances, heating and cooling systems, the flooring, the windows and even the roof. Other houses could undergo a gut renovation that sees the property torn down to the studs, allowing for a new layout.

In order to turn a quick profit, house flippers need to attract a high selling price in order to get back a return on their investment. By taking on renovations to the property, investors are hoping the property’s value will increase exponentially, because the house’s selling price needs to exceed the amount the investor paid for both the property as well as any renovations.

Investors are advised to follow what is described as the “70% rule.” This guideline recommends that flippers should pay no more than 70% of the after-repair value (ARV) of a property, minus the repairs needed. ARV approximates a property’s value following all completed improvements and upgrades, and calculates the difference between the property’s current value and its value post-renovations. Therefore, the ARV is what the property would be worth after it has flipped.

Along with potential rewards, flipping can also be a risky enterprise. If the market fluctuates while the property is under renovations and before it can be sold, then investors might be stuck with a home that has depreciated in value. Renovations can often take a longer time than anticipated, and any setbacks that delay investors from returning it to the market can be costly and potentially eat into profits. Another potential risk is that despite improvements to the property, the house’s value only increases incrementally. 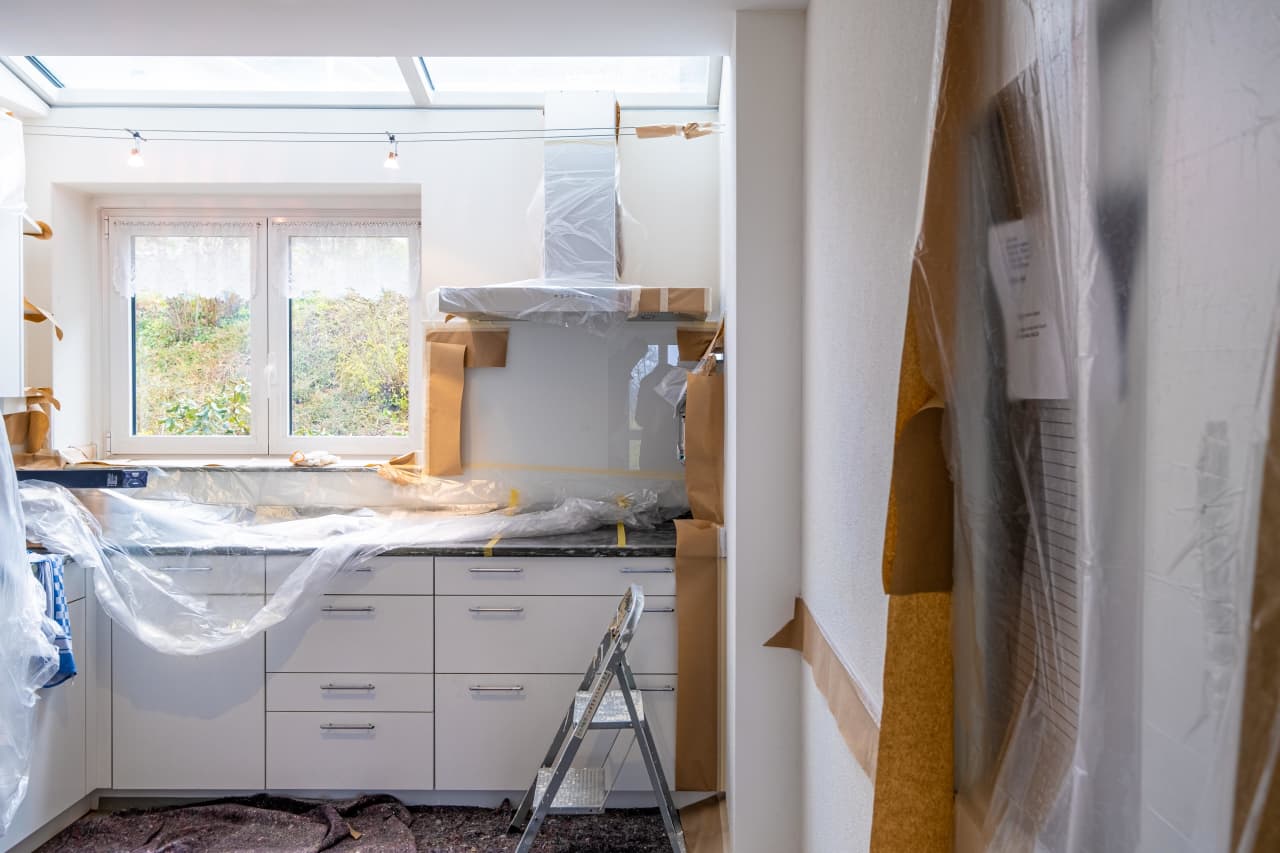 Flippers will renovate a home and sell it quickly to make a profit. Credit: Daniela Gisin Krumsick

Those who seek to flip houses should have a solid understanding of the real estate market in order to make an informed judgment on whether a property has good potential to be flipped remuneratively.

The IRS views those who flip homes on an ongoing basis not as investors, but as dealers. The real estate properties are seen as inventory, and therefore any profits from their sale are treated as regular income, which is subject to self-employment tax. Some home flippers may be under the impression that they can avoid taxation on any revenue derived from a flip if they roll the proceeds into buying another house to flip. But for those who flip homes as part of a business, this is not allowed.

For those seeking tax deductions from the cost of flipping, those costs must be added to the original value of the home, which are defined as capitalized costs. These can include the price of the home itself, direct materials and labor, utilities and insurance. A tax professional should be consulted to help accurately determine which expenses qualify for deductions.

Flipping and the Effect on Housing Availability

Flipping has increased in popularity in recent years partly due to being showcased on how-to and real-estate reality programs. And not just houses—there has also been an uptick in rehabbing older apartment buildings and then after extensive renovations, renting out the upgraded units at much higher rents. But this kind of flipping impacts the availability of affordable homes, especially in areas that strictly regulate new construction.

Some local governments are seeking to discourage the practice because it impacts the inventory of available housing by applying restrictions or flip taxes on the transaction, making it a less attractive venture to potential investors.

For example, in 2007 a law called The Contractor Registration Act was passed in Washington state. It required all property owner developers to be registered and bonded as general contractors. Investors who flipped property on a regular basis or as part of their business were included in this mandate, requiring a $12,000 bond.

More recently, two bills were introduced in New York state in 2019 that would “impose a tax on the transfer of certain real property within two years of the prior transfer of such property.”  What this would mean is that flippers would receive a 20% tax on properties sold within a year of the initial purchase, and a 15% tax on properties sold within two years. Both bills are winding their way through the state legislature.