What is Eclectic Décor?

Eclectic décor is a vibrant study in contrasts—old and new, texture and color, style and pattern—that truly expresses the individuality of the homeowner. The style takes its cue from the rise of eclecticism in architecture, which came into being during late 19th-century Europe when architects from France’s Beaux Arts school and Britain’s Victorian masters were encouraged to explore their creativity. They began incorporating a mixture of features, such as decorative motives, ornaments and influences from various styles, cultures and historical time periods to create something entirely original. In fact, this new “school” of architecture influenced the emergence of interior design as a regarded profession. 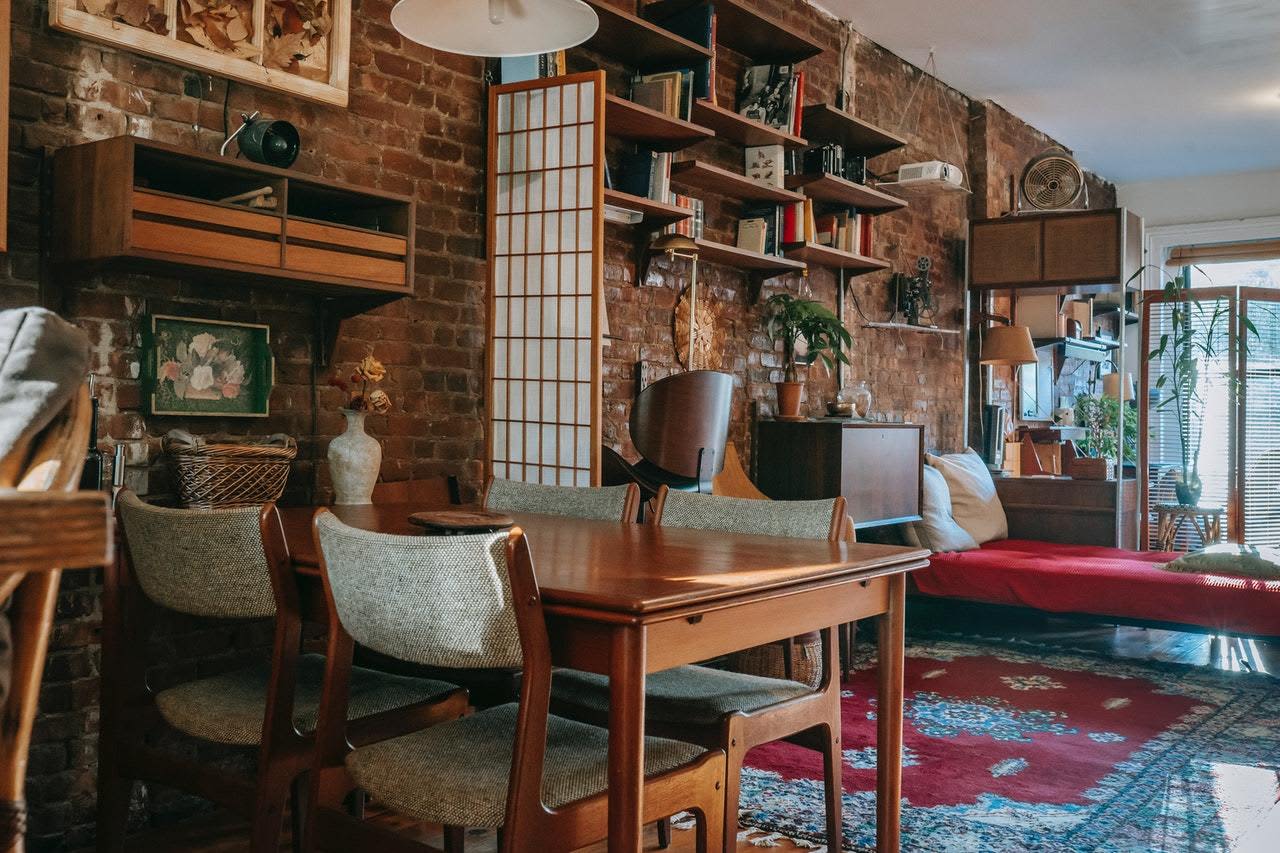 The trick with eclectic-style décor is putting it all together so there’s some sense of cohesion. Photo: Charlotte May / Pexels

Taking its cue from eclecticism in architecture, eclectic décor began to materialize. While it may seem like the same artsy hodgepodge as bohemian décor, eclectic style draws upon principles such as proportion, scale, balance and rhythm to ground and harmonize a space, while bohemian style tends to throw out any rules altogether. Because there are no hard and fast principles to creating an eclectic space, evoking the vibe is about artful pairings. Combining furniture and curio from different eras, using a variety of patterns, creating depth by layering textures, incorporating multiple colors and artwork of varying scales and including global influences are key to pulling off a look that feels curated rather than chaotic. Visible contrasts juxtaposed together—smooth and rough textures, vintage and modern finds, streamlined and fluid lines—create the kind of unexpected impact eclecticism is known for.

The trick with eclectic-style décor is putting it all together so there’s some sense of cohesion. One of the best ways to do this is through repetition—of patterns, colors, texture, shape—throughout the space. Keep in mind, when mixing pieces from different periods and varying styles, make sure that they complement, rather than compete with each other. You can also create cohesion with a sense of balance. For example, pair furniture with clean lines with ornate accessories or bold patterns with subtle motifs. It’s also a good idea to have a focal point—whether that’s a gallery art wall or by using the same type of flooring throughout a home to keep the space grounded.

The beauty of this style is it can be anything you want it to be. Whether that’s bold and unapologetic or muted and more minimalist, you have license to mix and match like a master.