What is a chalet-style house?

A chalet—also commonly known as a Swiss chalet—is a small house that originated in the Alpine region of Europe. Common in Switzerland, the Bavarian Alps, the French Alps and the Austrian region of Tyrol, chalets were used in the summer months by herders who made butter and cheese from the milk produced by grazing cattle. They were originally left unoccupied in winter, when the herds left the cold mountain sides for the shelter of the valleys, but chalets took on a new lease of life with the advent of tourism in the Alps. 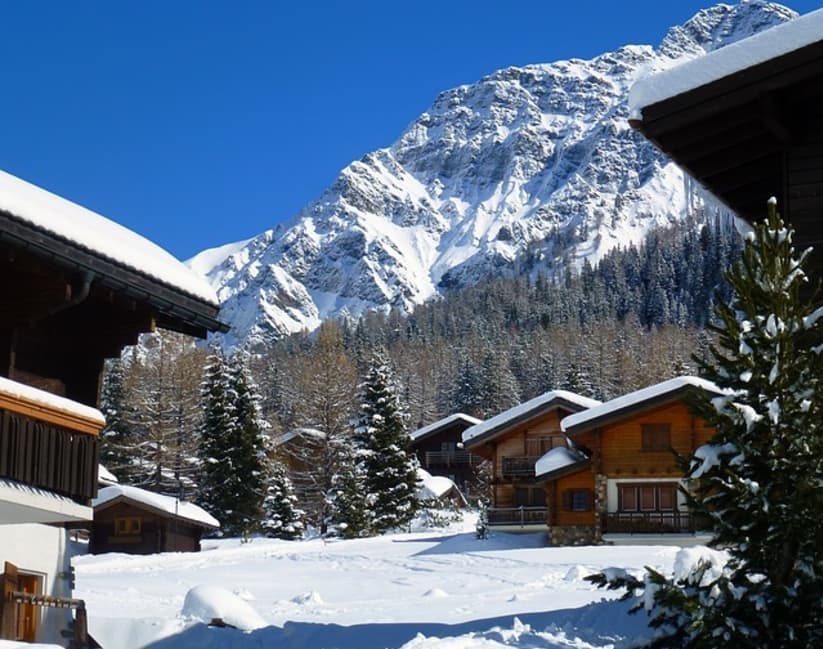 Chalets are small houses that originated in the Alpine region of Europe, but have caught on in popularity around the world. ykaiavu/Pixabay

The concept of a catered ski chalet was pioneered in 1932 by British skier Erna Low, who began organizing all-inclusive vacations in Austria. Chalets were soon widely used as basic holiday homes for skiers and hikers, though they often lacked infrastructure, including hot water. The term “chalet” soon came to be used for rustic holiday homes more generally, particularly in mountain settings or close to ski resorts, whether or not they were built in the Alpine style.

Characteristics of a chalet

The evolution of the chalet

In the mid-19th century, a new style of chalet emerged, built by French and English visitors to Switzerland who were inspired by the simple bucolic architecture. They created romanticized interpretations of the original Swiss design. Due to the popularity of these chalet-style homes, Swiss companies began offering blueprints in catalogs, facilitating the construction of simple structures that could be customized with ornamental details.

Swiss-style chalets became popular in the U.S. in the late 19th century, a natural fit for cold and snowy New England, and they gradually spread, becoming particularly widespread in Cincinnati and the mountainous areas of Colorado.

Today, the word “chalet” is used to refer to small homes, even outside mountain locations. It is often applied to homes in resort areas and in some Middle Eastern countries it refers to properties located close to the beach, regardless of their architectural style. In Quebec, it refers to any holiday home and in Britain it describes basic accommodation at holiday camps. In the U.S., it typically refers to luxury resort properties built in an Alpine style.

Considerations when buying a chalet